A Very Bulverian Summary of Why the Trinitarian Controversy Was Inevitable 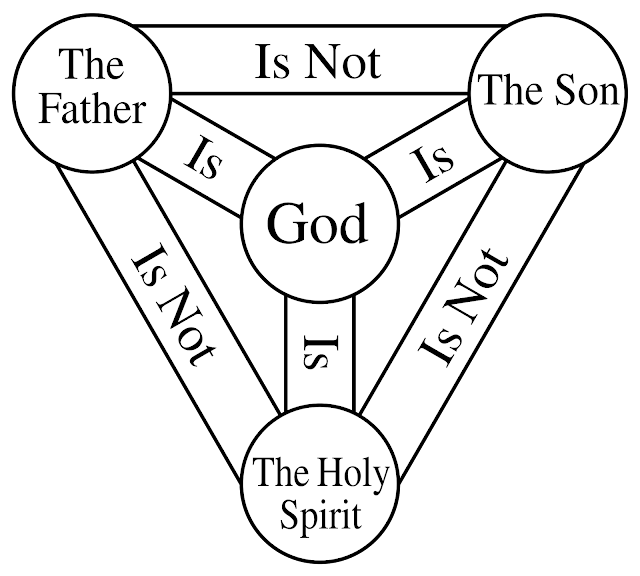 Recently, as Christopher Cleveland has pointed out, there has been a major clash in the Reformed and evangelical blogosphere on the doctrine of the Trinity. While others have covered the ins and outs of the controversy with some depth, I am more interested in why this clash is happening, and why it is happening now. Michael Bird has said that this is about to be a “miniature civil war”. While that may be an exaggeration, certainly the American Civil War of 1861-1867, and, indeed, much of history, has inexorably pushed us forward from then until now. The theological conversation has arrived at this moment through a convergence of diverse streams, including Scholasticism, Reformed Scholasticism, new scholasticism, and, dare we even mention, new capital-S Reformed Scholasticism. Once we grasp all these threads in our mind's hand, we perceive that things are now as they had to be.
Students of theology would do well to read John Webster’s article on Illumination in the Journal of Reformed Theology 5 (2011) 325-340, which is an extended explication of the Christian doctrine of illumination. In it, Webster interacts with Augustine, John Owen, Thomas Aquinas, and Karl Barth, producing a treatment of the doctrine of illumination that is rich, full, and robust. As Carl Trueman is said to have said, explicit or implicit appeals to individual authorities fail to be compelling to those trained in traditional dogmatic thought.
With this in mind, lovers of Christian orthodoxy will agree that perhaps what we need is a little more name-calling (literally). This debate has suffered too often from some-would-says and it-has-been-argued, without citation or attribution. Just who are these men whose names should called? (note: include links).

As with any theological debate, but especially those of pneumatically eternal significance, it is important that we grasp the matter by the bulves, or bulvers. If we examine the history and background of some of the principal men involved in this debate, the concerned scholar will see that it was inevitable that they take the positions they have taken.
Wayne Grudem is a priori a principal propounder of EFS, whose processionist perorations have been prolusorialy proscribed by the more professorial pundits, and perhaps too speedily espoused by pastorally-practical preachers and teachers. That's right: EFS. What is an EFS? If you don't already know what that means, why are you even reading this post?
Grudem has emphasized to no less a luminary than John Piper that some Christians believe the word "pee" is "unclean" or "offensive", and one of his sons left the faith to pastor a PCA church. He writes systematic theologies, teaches Calvinistic soteriology, and believes in the charismatic gifts. This sort of sweet chaotic sensitivity places him firmly in the Eternally Dynamic Status camp.
Mark Jones claims to be Presbyterian even though the Columbia where he pastors is British, and not South Carolinian. He is, above all else, a soccer fan, even calling soccer football. He is friends with J. Peter Escalante, a sometime-theologian and notorious Bonapartist. It is likely that he was against #brexit, which fact, along with his views on Aquinas and his inclinations to interpret civil law through a virgilian anti-British lens, reinforce the impression that he views power dynamics from a top-down perspective, making him a leader of the Monadic Will But Three Persons camp.

He is, above all else, a soccer fan, even calling soccer football. (Is soccer Unitarian?) @joffrethegiant on @Mark_Jones_PCA

David and Tim Bayly, despite all their Sunday learning from a family meek and mild, exemplify a third response to this crisis: they are fighting mad that this fight is happening. They are concerned that the mass debaters are beating round the bush, which would not lead to any fruit, but to impotent expressions of emasculated verbiage. Since the church ministers in the gutter, it should brawl there too. They use military expressions like "Maginot", "soldiers", "blitzkrieg", "men", "fathers", and "ontological". They naturally therefore fit into the Who Let Them Into The Party Oh Hi Doug group.
Once we have properly examined the history of this debate's participants, as I have briefly attempted to sketch here today, we realize that the ultimate victor will be those whose teaching is in line with the traditional categories of Christian dogmatics. This may seem tautological, but it's not, because for all you know I'm a dispensationalist or an Anabaptist or maybe even a Baptist.
The attentive reader will note the "triune" structure of this article's interpretations align accidentally (a word often associated with sacramental thought), making clear to him where I stand in this debate. I can do no other. I believe that I wholly speared it, restored aquiver with strife, proceeding without bother to be done. If you'll allow an awkward phrase or two. And I know you will because you made it this far.

Joffre Swait grew up in three countries, for no particular reason beyond his dad's wanderlust. He blogs and vlogs as Joffre The Giant, but when writing about serious times in serious places he uses his real name. Like here, for example. Joffre Swait really is his real name, because this is a serious website. He and his wife Kimberly used to own a used bookshop in upcountry South Carolina, but now they live as missionaries in Porto Alegre, the capital city of south Brazil's gauchos, with their five kids (Renata, Joffre, George, Ward, and Mara).