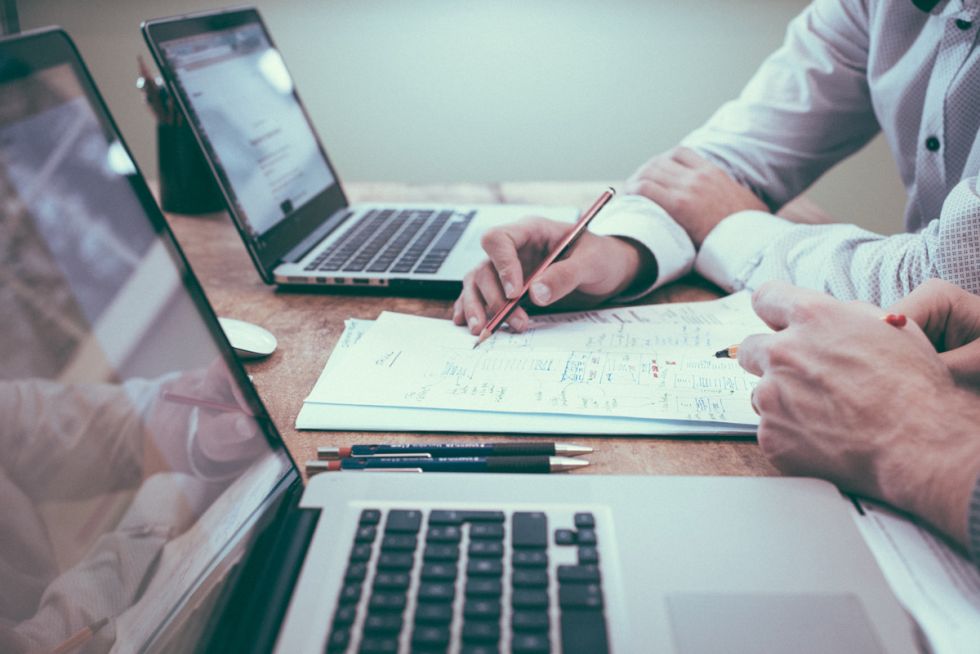 State of the Media: On Contemporary Journalism

New City Times exists to bring news from around the world, especially from our own country, and present it to the church through a biblical lens, that is – a biblical worldview. While one news agency’s lens is ungodly, and their desire may be to blatantly smear the other guy, our presupposition (lens) is God’s Word, and our desire is to report upon that basis. We exist because we see that...

Our generation is probably the worst period for journalism in all of news history. Our media outlets no longer act as reporting agencies for the benefit of the American people, or the church for that matter. They instead act like propaganda ministries.

My hope was that Christian journalism would do better.

I hoped in vain.

We all know how bad MSNBC, CNN, and even FOX News have gotten. The biases are more obvious than a skyscraper in Kansas. The American people see the slant almost every time they flip on the news.

In fact, they may even be worse.

To be fair, a lot of the sites that have been mentioned (and will be mentioned) report stories that people need to know. I commend many of their writers for that. The issue is that this is largely a hit-or-miss observation, and the amount of carelessness tends to overshadow the decent areas.

Over the past week or so, this Christianized pseudo-journalism seemed to have reached its peak.

Christian News Network released an article about a group of Christians in Tempe, AZ who used their talent of tattooing and their love for craft beer to voluntarily raise some funds for a new church plant in Kauai, HI. This small group represented Apologia Church, whose pastor is Jeff Durbin.

Christian News Network’s Michael Marcavage, the author of the article, used it as an opportunity to smear Apologia Church. Of course, in true bandwagon fashion, many jumped aboard the bearing-false-witness train like Jordan Hall of Pulpit & Pen, Christian Headlines, Charisma News and others. In fact, if you go to ChristianNews.net, type in ‘Apologia’ in the top right search bar, you’ll immediately see an article categorized under Apostasy and Life & Society.

How did we go from tattoos and moderate beer drinking to apostasy? That’s a strong and unsubstantiated designation. Apostasy happens when someone or something (an entity like a church) departs from orthodox Christianity.

Could someone please demonstrate how this has happened?

Anyway, our problem is not necessarily over that issue in particular, but over the way in which Marcavage (and others) reported such things.

His tone is obviously biased (if the Apostasy tag didn’t already tip you off). But, the sad part about the whole thing is, it’s not even accurate.

While the negative events occurring both within the church and without, there needs to be more positive stories. There are good things happening all around the world, but jump on to Worthy News and some of the others, and you’ll see that they have picked up the secular habits of fear mongering and drama hunting. This reveals another agenda which is not characteristic of a biblical worldview.

This bad media epidemic doesn’t exist only in Christian circles. The need for good journalism is everywhere.

If you turn on MSNBC, CNN, or FOX News today you will hear the all too familiar fear mongering, exaggerated/understated reports, and blatant (and quite obvious) dishonesty. There is rarely a fair and balanced news report, and if there is, it’s probably purely coincidental.

Just recently, during the coverage on the race for the White House, we could see unbalanced and dishonest reporting.

Consider the news outlets that took seriously, and propagated, Donald Trump’s supposed “conversion” to Christianity. Just look back to how Hillary Clinton or Bernie Sanders are glorified despite atrocities such as Hillary’s Benghazi scandal, or Bernie’s hypocritical monetary backing he’s received from the Soros empire.

Almost anytime I have read the news, and I’m sure you can all relate, I see stories being reported that do not even deserve the time of day. “Man’s Remodel of Useless Attic…”, “Lizard Sinks Teeth Into Snake…”, “...Guy had 23 Surgeries To Look Like Superman.” All of this is from a cursory glance at Yahoo.

Are these goofy posts a bad thing necessarily? Not really, unless there are way more important things to report. Positively: The housing market is doing well, Tibet is undergoing a revival, leaps are being made in the medical industry, and Christ is on the throne. Negatively: Babies are being slaughtered. racism still exists, Christians are being persecuted overseas, and ObamaCare is destroying doctors who practice independently and the pharmaceutical industry is choking, the list goes on.

What about the constant and annoying contests between news sources? And this isn’t meaningful contest like we here at New City are engaging in. We are advocating for better journalism in general, other news outlets want to be the top dog and trashing the other guy is their middle name. Think about the Huffington Post against some of the “conservative” agencies like FOX?

Sometimes, people just want to know what in the world is going on. Sometimes I think Huffington Post is a satire site. I can’t take them seriously at all because their snarky back-bites have gotten so ridiculous. I mean c'mon, their headline today, in big red letters reads, “FOX NEWS SOURCES: CARLSON NOT AILES’ FIRST VICTIM.” Really? Is the sex scandal over at FOX really the headline today?

I don’t think so. Bad journalism at its finest...

This playing on the sinful man’s lust for violence and excitement needs to end.

We need Christian news sites which seek to edify the body by discussing biblical alternatives to the world’s problems. We need balanced reporting and that means accompanying the bad with the good. So far, it looks as though everyone’s motives tend away from the genuine betterment, concern, and informing of the church, to the glory of God.

We need real news which is brought to the people through a biblical lens.

This is why New City Times exists.

New City Times is filled with writers who have observed “Christian journalism." We wanted something different.

This right here is what came from that.

We appreciate everyone who supports solid, genuinely Christian, journalism. We couldn’t exist or continue to exist without our readers who desire fair reporting.

Thank you all, and God bless.

Josh Sommer is the co-founder and editor of the Reformed Collective. He is currently pursuing his B.A. in Biblical Studies and M. Div. simultaneously, and while doing that he'd like to bring you some input on current events, from a solid Reformed perspective.